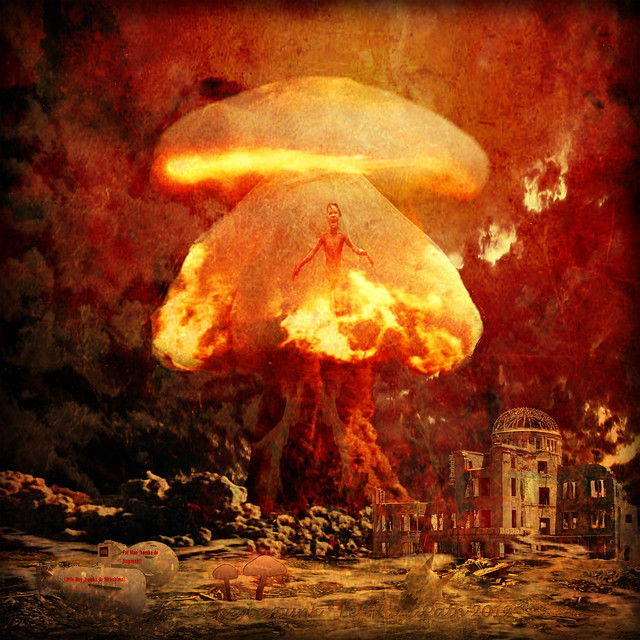 Despite what many young readers may think, although the dystopian novel is extremely hot right now in YA, it isn’t a new trend in the publishing world. I remember reading many fantastic dystopian stories when I was but a wee lass in the late eighties. I cut my dystopian teeth on some classics:  George Orwell’s 1984, Aldus Huxley’s Brave New World, Stephen King’s The Stand, and one of my favorites, Margaret Atwood’s A Handmaid’s Tale.  Back then, with my hair as big as my bright pink can of Aquanet would make it, fears of a world devastated by a nuclear holocaust were frequently on my mind. It was at the height of the cold war after all. America and the USSR were stockpiling warheads in a manner that would put many modern day hoarders to shame. Even though both sides had enough megatons to blow up the world a million times over, they still couldn’t stop pointing bombs at each other. Reading some of these outstanding novels inspired many in-depth discussions between me and my peers, like how we would respond if the Soviets ever attacked us. Would we run for cover, try to survive despite the unlikely odds, or just walk outside and wait for the missile to hit, embracing our imminent deaths. (We were a cheerful group, I know.)

Somehow we came back from the edge of that scary abyss. Gorbachev introduced Glasnot and Perestroika to the Russians. Peace treaties were signed. The stockpiles were reduced and the USSR broke up. The nineties were prosperous and filled with hope. Our fears faded. So did our love of dystopian stories.

The fears returned in a much bigger and much scarier way.

The monsters of our nightmares didn’t just threaten to hurt us, they actually followed through and did it. And they could do it again. Anytime. Anywhere. We were constantly reminded of this with the daily rainbow of color-coded threat levels – which almost always seemed to stay near the red.

Is it any wonder that when the children who grew up in the shadow of 9/11 – fed daily on the politics of fear – reached their teens they found an affinity for stories that helped them deal with all of the feelings that arose from such witnessed atrocities?

That’s exactly what dystopian literature allows us to do – explore our deepest fears in a safe place.

What would happen if my world was destroyed?

How would I survive if I lost everything and everyone I ever knew?

One reason we love dystopian stories is that we can live vicariously through the characters and imagine what it would be like in a devastated world. We can observe the strong characters in these novels as they struggle through the imagined hells of each dystopian society and see them make it through to the other side. None are unscathed along their journeys, but most grow and thrive. These stories show us that our worst fears are survivable.

Today, they are so many fantastic books to chose from. Of course The Hunger Games Trilogy by Suzanne Collins is fantastic but my current favorite is The Divergent Trilogy by Veronica Roth.

What great dystopian book have you read lately? What do you get out of reading them?