Continuing our celebration of phenomenal local talent plucked from the branches of our SCBWI Oklahoma family tree comes debut author Jennifer Latham. Her first novel, SCARLETT UNDERCOVER, comes out this spring on May 19, 2015, and I for one am thrilled. I met Jen a few years ago at a local Tulsa schmooze and immediately took to her. I’ve had the privilege of getting a sneak peek at some of her manuscripts for critique sessions and I love the way she writes fully developed characters and scenes that evoke a mood. I’m so glad she was able to take time out of her hectic schedule and stop by to answer some probing questions.

First, a little bit about her upcoming novel.

When 15-year-old Muslim-American detective Scarlett agrees to investigate a local teen’s suicide, she figures she’s in for an easy case and a quick buck. But it doesn’t take long for that suicide to start looking a lot like murder, and for cults, ancient artifacts, and a very private billionaire to figure into things. To save the scared little girl who hires her, Scarlett has to face her family’s brave past, her own future, and maybe even a jinni or two. (Plot summary from author’s website.)

So many things to love about that! I am a sucker for a great detective novel. And throw in a great female character and I’m pushing people out of the way to grab it off the shelf. (Well, maybe, kindly nudging them, and at the same time pointing out what fab book I’m reaching for.)

Let’s hear some details about how this creation came into being, shall we?

Valerie Lawson: What was the inspiration for this book?

Jennifer Latham: Honestly, I’m not sure there was any one particular inspiration – it’s more like my brain spent a long time gathering bits and pieces and then, when I started playing around with actual words on a page, they collided and made a book. Some of those bits and pieces were: a little girl playing in a giant sandbox at the state fair with her biker-dude grandfather (they became Scarlett and Manny); my obsession with hardboiled detective stories; my disappointment over all the vitriol aimed at Muslim-Americans; the “Ground Zero Mosque” controversy; and the sudden rash of jinn sightings across the country.

Well, OK…I made that last one up.

VL: Ha! you had me worried for a moment. It sounds like Scarlett was a great conglomeration that came together at just the right time, with just the right ingredients.

I love the idea of a young female detective and Scarlett sound like my kind of sassy; tell us more about her.

JL: This seemed like such an easy question when I first saw it. Then I realized it is so not. Because, corny as this may sounds, talking about Scarlett is like talking about my kids. I mean, to me, she’s amazing. Brave. Imperfect. Generous. Stubborn. Kind. Short-tempered. Strong. And entirely capable of being a complete pain in the ass. But I have no clue how other people are going to see her. My one great hope is that she’ll be more to readers than just a smart aleck, or a black, or a Muslim. I want them to see her for what she is: a complex teenage girl

VL: In essence, she’s feels very real to you. I’m sure this will translate to your readers.

How much research did you have to do to create an authentic character of such a diverse background?

JL: A lot. I’ve worked really hard to be accurate and respectful when it comes to Islam, Middle Eastern folklore, and religious texts. I even hired a Muslim PhD student in English Lit to consult on the manuscript. There were some tricky issues to navigate; as I mentioned, Scarlett is complex. She’s not a “perfect” Muslim. But when she’s doing things that a more devout Muslim wouldn’t, I’ve done my best to point the discrepancy out.

VL: Fantastic! Extensive research for something like this is so vital. I’m thrilled that this book will add to the much-needed diversity landscape 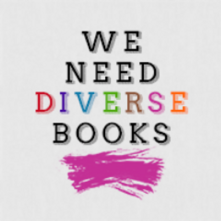 in our literary world. I also love that although her Muslim heritage and her struggle with it is part of her, and it does come into play, but it’s not the main focus of the story. The mystery is the focus.

What has been the most surprising thing you’ve learned during this process to get your first book to publication?

JL: How long everything in traditional publishing takes. And that there is nothing – nothing — you can do to change it.

VL: Amen to that!

Thinking back to your childhood heroes /role models when you were a kid, who were they? What drew you to them? What powers/abilities did they have that you wished you could have? Do you still feel that way about them now?

JL: True confession: most of my heroes were authors. Their power was that they could tell stories that people wanted to read. And I feel even more like that now. My favorite writers are rock stars.

VL: Mine, too! I’d stand out in the rain to see an author I love, probably not for my favorite bands – priorities!

JL: I always knew, I was just afraid to really try. So I worked a lot of strange jobs after college. Then went to grad school (I’m half a dissertation short of being a PhD in Psychology) Then had babies. But when my older daughter turned three and it still felt like she was brand new, I realized how fast babies grow up. That was ten years ago. And it’s when I started drafting my first (still unsold) manuscript.

VL: Tell me about your most memorable adventure you had with your friends outside of school.

JL: Hmm…there was the time Mrs. Whatsit, Mrs. Who, and Mrs. Which used the tesseract to transport me across space. And the time that mean girl at school dumped a bucket of pig blood on me at prom…
Oh wait. That’s right. I didn’t actually have a lot of friends. My best adventures were the ones I lived through books.

What was the scariest thing that you ever experienced as a kid?

JL: I don’t think anything was really scary. Hard, yes. But not scary. The really bad stuff has happened to me as a grown-up.

VL: My teen-aged daughter would agree that becoming an adult IS the scariest thing.

Tell me about the most interesting place you have ever lived. What did you like/hate most about it?

JL: So here’s where I’ve lived: NYC; San Francisco: West Point, NY; Augusta, Georgia; Buffalo, NY, Philadelphia; Madrid; Rhode Island (4 different towns); and Tulsa, OK. Honestly, Tulsa wins. Maybe its because I’ve been here longer than anywhere else. Or maybe it’s because this place refuses to be defined, and manages to both frustrate and surprise me (in good ways) every day. Someone once told me, “It’s a great place to live, but you wouldn’t want to visit.” And that kind of fits.

VL: That is some serious globe-trotting. I’ve never thought of Tulsa like that before, and yet, I totally see it.

In your bio, you mentioned that you’ve had some really weird jobs, tell us about the worst job you ever had while going to school?

JL: This is a tie. Both jobs came after I’d graduated from college. The first was cleaning up in a virology lab at Brown University. It wasn’t so much the work (though autoclaving test tubes is a joy, let me tell you) as the nasty woman I worked for. I thought the job would give me an inside track if I decided to apply to the med school there. It didn’t. And I didn’t apply, either.

The second was working for this nutball guy who ran an interior decorating business. I literally spent days peeling stickers off the backs of carpet samples and gluing new ones on. See, he didn’t want customers to be able to find the same carpet at other stores, so he changed the product info. Again, it wasn’t so much the actual work as it was the way he treated me. No matter how menial the job, people who work hard deserve respect. And neither of those two crazy bosses gave me that.

VL: Bored to tears and no respect? Sounds like my idea of hell on Earth!

What are you currently working on?

JL: Well, I’ve been fiddling around with a second Scarlett mystery, and a historical fiction story set in Tulsa. I’ve also finished about 1/3 of a noir mystery for older young adults that’s kind of The Black Dahlia meets Oklahoma!

VL: What has been your favorite book to read/book you’ve been most excited about over the past year?

JL: I loved GOING BOVINE, by Libba Bray. And MY SISTER LIVES ON THE MANTLEPIECE by Annabel Pitcher. But those are just the first two that popped into my head. There are so many amazing books out there. It blows me away.

VL: GOING BOVINE was fantastic! (Of course, I love anything Libba Bray writes.) I will have to add the other to my must check out list. Always looking for interesting titles.

What would be your dream assignment/what would you most like to write about?

JL: Not a clue. I guess I’ll just keep writing until I figure that out.  🙂

VL: Jennifer, thank you for so much for joining us and sharing your story with us, today. I wish you well with your debut of SCARLETT UNDERCOVER and look forward to its release date this spring.

You can preorder SCARLETT UNDERCOVER here: