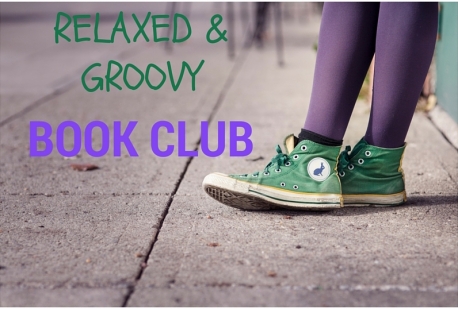 Welcome to the third discussion of the Relaxed & Groovy Book Club!

This third installment is taking full advantage of the title “relaxed & groovy” as April was just too hectic for me to manage everything, what with the amazing SCBWI spring conference and then the nonprofit I work for hosted its annual Walk for Autism the very next week, I was worn out by the end of the month. I took most of May to regroup and refocus. So I let this go. It’s important to know your limits, I say. Now, I have all the time in the world to talk about this latest fabulous book!

Aristotle is an angry teen with a brother in prison. Dante is a know-it-all who has an unusual way of looking at the world. When the two meet at the swimming pool, they seem to have nothing in common. But as the loners start spending time together, they discover that they share a special friendship—the kind that changes lives and lasts a lifetime. And it is through this friendship that Ari and Dante will learn the most important truths about themselves and the kind of people they want to be.(Plot summary from Goodreads.)

The way Sáenz paints with language gets me every time. He uses evocative language so well to hit right to the heart of the emotional moment of every scene. And his characters Ari and Dante are just the greatest. I loved this book even more the second time around.

Let’s peek at the opening:

One summer night I fell asleep, hoping the world would be different when I woke. In the morning, when I opened my eyes, the world was the same. I threw off the sheets and lay there as the heat poured in though my open window.

As far as I was concerned, the sun could have melted the blue right off the sky. Then the sky could be as miserable as I was.

The DJ was saying annoying, obvious things like, “It’s summer! It’s hot out there!” And then he put on that retro Lone Ranger tune, something he liked to play every morning because he thought it was a hip way to wake up the world. “Hi-yo, Silver!” Who hired this guy? He was killing me. I think that as we listened to the William Tell Overture, we were supposed to be imagining the Lone Ranger and Tonto riding their horses through the desert. Maybe someone should have told the guy that we weren’t ten-year-olds anymore. “Hi-yo Silver!” Crap. The DJ’s voice was on the airwaves again. “Wake up, El Paso! It’s Monday, June fifteenth, 1987! 1987! Can you believe it? And a big ‘Happy Birthday’ goes out to Waylon Jennings, who’s fifty years old today!” Waylon Jennings? This was a rock station, dammit! But then he said something that hinted at the fact that he might have a brain. He told the story about how Waylon Jennings had survived the 1959 plane crash that killed Buddy Holly and Richie Valens. On that note, he put on the remake of “La Bamba” by Los Lobos.

“La Bamba.” I could cope with that.

I tapped my bare feet on the wood floor. As I nodded my head to the beat, I started wondering what had gone through Richie Valens’s head before the plane crashed into the unforgiving ground. Hey, Buddy! The music’s over.

This novel is beyond fantastic. You know who Ari is right from the start. You feel for him and wish his day were going better.

The simple summary above doesn’t begin to do this story and this beautiful, complicated relationship justice. Aristotle, or Ari as he prefers to be called, isn’t just another angsty teen with anger management problems. He lives in a house filled with silences. His dad came back damaged after returning from Vietnam without the words to talk about it. Ari, for his part, wants nothing more than to hear from his dad. His older brother went to prison when Ari was very young and even his pictures have been banished from the walls. The silence of his absence is deafening. Ari is a big thinker. He’s always wondering about how the world works and why things are the way they are. Like in this passage:

I wondered about the science of storms and how sometimes it seemed that a storm wanted to break the world and how the world refused to break.

Dante has completely different problems. For one thing, he’s not Mexican enough. Compared to Ari, who is just the right combination, Dante thinks he’s too light-skinned and too into art and reading and doesn’t really like anything that “real” Mexicans like. Except for menudo, which Ari says makes him a real Mexican. He also gets along with his parents too well. And he’s afraid of disappointing them (they way he’s disappointed Ari) because he likes boys. Dante over-shares his feelings, where Ari keeps his hidden, even from himself.

Dante talks about everything.

Until Dante, being with other people was the hardest thing in the world for me. But Dante made talking and living and feeling seem like all those things were perfectly natural. Not it my world, they weren’t.

I went home and looked up the word ‘inscrutable.’ It meant something that could not easily be understood. I wrote down all the synonyms in my journal. ‘Obscure.’ ‘Unfathomable.’ ‘Enigmatic.’ ‘Mysterious.’

That afternoon, I learned two new words. ‘Inscrutable.’ And ‘friend.’

Words were different when they lived inside of you.

Ari struggles with sharing his thoughts. When he gets sick with the flu and Dante visits him, they end up talking about Ari’s brother. Afterwards, Ari feels like he’s betrayed his family and pushes Dante away. He then starts writing everything in a journal.

-I have always felt terrible inside. The reasons for this keep changing.

-I told my father I always had bad dreams. And that was true. I’d never told anyone that before. Not even myself. I only knew it was true when I said it.

-I hated my mom for a minute or two because she told me I didn’t have any friends.

-I want to know about my brother. If I knew more about him, would I hate him?

-Dante is the first friend I’ve ever had. That scares me.

-I think that if Dante really knew me, he wouldn’t like me.

That is something I could connect with – a fear I had when I was young (and maybe not so young) – and I knew how lonely Ari felt. And why he pushed Dante away.

Another defining moment in the story is when Ari and Dante witness some boys shooting a BB gun and they kill a bird. Dante confronts them in anger and Ari chases them away before they can hurt Dante. They both come away from the confrontation with new insights about each other.

After the boys sit in silence, Ari asks, “Why do birds exist, anyway?”

“Birds exist to teach us things about the sky.”

Dante cries over the dead bird and asks Ari to help him bury it.

Later, Ari saves Dante’s life when he stops in the road to rescue a wounded bird after a storm and a car swerves around the corner. Ari is hit in Dante’s place. This changes and deepens their relationship in surprising ways.

Dante wants Ari to forgive him. He says he done with birds. Everyone thinks of Ari as a hero. Ari tells Dante there’s nothing to forgive and he acted on reflex – he didn’t even think about it, he just did it. No one should treat him like a hero. Whenever they, Ari gets angry.

One morning, Dante decides he’ll be the one to give Ari his sponge bath.

Dante’s hands were bigger than my mother’s. And softer. He was slow, methodical, careful. He made me feel as fragile as porcelain.

I never opened my eyes.

We didn’t say a word.

I felt his hands on my bare chest. On my back.

I let him shave me.

When he was done, I opened my eyes. Tears were falling down his face. I should have expected that. I wanted to yell at him. I wanted to tell him that it was me who should be crying.

Dante had that look on his face. He looked like an angel. And all I wanted to do was put my fist through his jaw. I couldn’t stand my own cruelty.

Dante then moves away for a year. Both boys struggle to figure out who they are without the other. They experiment with things – kissing girls, taking drugs, drinking – and they discover some secrets of the universe. When Dante returns, they are fast friends, again. Ari is welcomed back by Dante’s family with more affection than Ari is comfortable with.

“No,” she said. And even though her voice could be so firm, right then her voice was almost as kind as my own mother’s. “You’re so hard on yourself, Ari.”

I shrugged. “Maybe that’s just the way it is with me.”

She smiled at me. “Dante’s not the only one who missed you.”

The summer progresses, and after a family tragedy strikes, Ari comes to understand another secret of the universe.

I just drove. I could have driven forever. I don’t know how I managed to find my spot in the desert, but I found it. It was as if I had a compass hidden somewhere inside of me. One of the secrets of the universe was that our instincts were sometimes stronger the our minds…Another secret of the universe: Sometimes pain was like a storm that came out of nowhere. The clearest summer morning could end in a downpour. Could end in lightning and thunder.

Ari comes to realize maybe he didn’t just respond as a reflex when he saved Dante. Maybe there was a bigger reason. Okay, no more spoilers. I promise.

The voice, the plot, the setting all worked together in harmony and kept me firmly engrossed in the world of Ari and Dante. I hope you enjoyed reading this month’s book as much as I did, and that you maybe kept a box of kleenex close by near the end. Well worth it, I say.

Teen beauty queens. A desert island. Mysteries and dangers. No access to e-mail. And the spirit of fierce, feral competition that lives underground in girls, a savage brutality that can only be revealed by a journey into the heart of non-exfoliated darkness. Oh, the horror, the horror! Only funnier. With evening gowns. And a body count.(Plot summary from author’s website.)

This book is more than just a pretty face. Every young woman* should read the wisdom imparted within these pages – for no other reason, in the unlikely event that she is stranded on a deserted island with a bunch of savage beauty queens. Libya Bray is a genius at turning the absurd into the astounding. I’m so looking forward to reading this book, again! I know you’ll love this one.

*(and every young man! Insight is always wise to pursue. Besides, there is a male perspective shown here as well…)

The next meeting of this most relaxed and groovy of book clubs will be the last week of July. (Tie-dyed tees and funky shoes optional.)